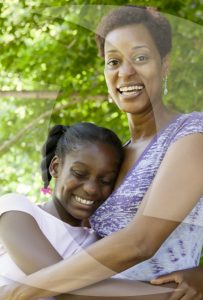 Because she was failing in school and having disciplinary problems, 10-year-old Kiesha and her mother were referred to ABLE’s Medical-Legal Partnership for Children by her pediatrician. Kiesha’s mother reported that her daughter was being picked on by other children and that she had been suspended for fighting. Kiesha had been held back a grade once already and was having a hard time focusing. Her mother asked the teacher for extra help because she was getting further behind, but the teacher responded that Kiesha just wasn’t able to keep up. The school did not initiate an evaluation for special education services for Kiesha and she continued to struggle. Once her advocate with the MLPC made a formal request for Kiesha to be evaluated, the school district found that she was eligible for an individualized education program (IEP). Kiesha’s advocate ensured that an appropriate IEP was put in place to support her specific learning needs. Given the school’s delay in identifying and addressing her special needs, Kiesha also obtained additional education services, including tutoring and counseling services outside of what was being offered to her during the school day. Kiesha has made significant academic gains and her grades have greatly improved.

Working together, her medical provider and the MLPC were able to improve Kiesha’s learning opportunities, along with her mother’s peace of mind regarding Kiesha’s future.