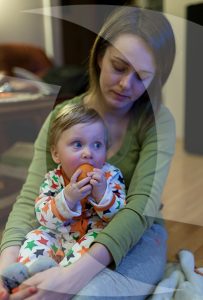 Baby Jack was born prematurely and needed medicine to prevent a life-threatening disease called respiratory syncytial virus (RSV). According to Jack’s health care provider, he already contracted bronchiolitis and was especially at risk for RSV. When Medicaid denied his request for Synagis, a drug that would prevent the life-threatening RSV, Jack’s pediatric pulmonologist turned to the MLPC for help. An ABLE attorney with the MLPC reviewed Jack’s medical records and found that Medicaid failed to provide the proper notices of denial to the baby’s guardian and to his doctor. The attorney expedited a request to Medicaid asking that the matter be reviewed immediately and that a proper notice of denial of Synagis be sent so that an appeal could be made on Jack’s behalf. In response, Medicaid contacted Jack’s attorney with the news that the request for Synagis would be immediately approved. Jack’s respiratory condition greatly improved following his first Synagis treatment.

The combined advocacy efforts of his health care providers and the attorneys with the MLPC helped save Jack’s life. With the right care and services, Jack will have every advantage necessary to grow into a healthy child.